Both from Shaft, both favorites of mine.

Bakemonogatari was actually the first of these two that I watched. The art, well thought out story telling, and rapid fire dialog has made it a consistent favorite of mine.

I initially resisted watching Madoka. I thought it was going to be too much of a “cutesy” magical girl thing that I wouldn’t like.

Now it’s a favorite without a doubt. I love the story. The art. The soundtrack. 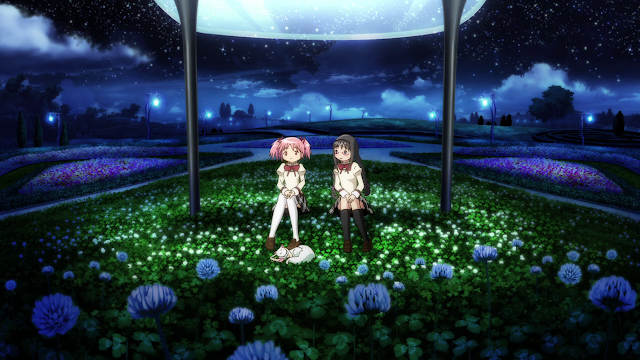 I truly love this show.
I even cosplayed a character from it!

Disturbing isn’t it? I called myself “Manny Tomoe”. My boys were delightfully embarrassed. I may do Madoka (or “Man-doka”) this year…

So that is my tie for favorite anime watched.