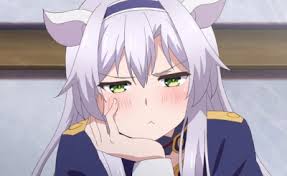 when you go to the bathroom at the Anime Convention…

(I realize, I look a little crazed…it had been a long weekend)

I just want to remind you: Even though life is tough, and you’re feeling overwhelmed: That’s ok. You are who you are: love yourself , remember that you are human and that means making mistakes and not being perfect sometimes.  I have confidence that you will find your way.

This a good, low key, sweet show. I enjoyed it quite a bit, not for it’s action or intensity, but for it’s genuine, quiet, awkward sweetness.

It follows the budding relationship Kotaro and Akane, two students in their final year of junior high school. Kotaro is a bookish aspiring author and Akane is an accomplished runner in her track and field club. Despite running in different circles, they develop a friendship and eventually start dating.

The show really plays on the awkwardness and embarrassment of a first love as well as what it is to be at a very self conscious age. The supporting characters are also nicely included and the messiness of relationships and misunderstanding get a nice treatment as well.

The animation was enjoyable for me and I liked the OP.

I’d like to include the OP….I just couldn’t find it. 😦

Attention Parents: This is a sweet show. There is no fan service, curing, or violence to speak of. Will younger kids be entertained??? Maybe, maybe not. It’s a slow paced, quiet show.

I really like the show. Give it a watch if you like a sweeter, quiet style of show….the ending made me tear up…I’m such a softie.

Until next time: Happy Viewing!!

*images on this post are not owned by me*