I got to see this movie last night in the theater with my two teen boys last night. It was powerful. I highly recommend it not only for it’s beautiful animation, but for it’s story that was often sweet, infuriating, and sad.

The story opens with a teenage boy, Shōya Ishida, on a bridge contemplating suicide. He then goes into the memories that got him to that place.

During elementary school, he bullied a girl (Shōko Nishimiya) who happened to be deaf who was new to his class. Shōko soon became an outcast in her class with the other students following suit, however Shōya was the main bully. Shōko tried hard to befriend Shōya and others despite her treatment, but was rebuffed for her efforts with the bullying intensifying. Things finally come to a head when Shōya rips out Shōko’s hearing aids (not the first time) and causes Shōko’s ear to bleed.

Shōko doesn’t come to school the next day. The principal, upon hearing about the incident from Shōko’s mother, confronts the class and demands to know who was responsible for Shōko’s bullying. The homeroom teacher calls out Shōya for his behavior and the rest of his classmates lets the sole blame rest on Shōya. Shōya protests insisting that it wasn’t just him, but several of his friends and classmates as well. Shōko transfers to another school and, because of his act of sharing the blame, Shōya becomes the subject of the bullying. He is outcast, bullied and shunned by his friends and classmates.

By the time we return to the present we find Shōya as a loner. He is filled with shame and guilt for his behavior in his treatment of  Shōko and anxiety about others due to his own bullying. He is socially isolated and suicidal.

In a last act of penance Shōya seeks out Shōko, these many years later, to apologize to her before finally committing suicide. In the years since he has seen her, he had learned sign language so he could communicate this to her. When he finally meets her instead of apologizing to make it an end for himself,  he (on impulse) asks her to be his friend.

And so the new story begins. I won’t go into it all. There is hope. New friendships. Sadness. Old wounds. Sadness. Guilt. And pain.

It is a very powerful story. It reminds us of something that I feel sometimes that gets forgotten: what we say and do matter. We impact one another. So often it becomes easy to depersonalize another when online because we don’t see a real person in front of us feeling real pain. On top of this, we can carry this desensitization out in to the real world.

Attention Parents: This is a movie with challenging themes. Watch it anyways. Watch it with your kids. Have conversations with them around the subjects of suicide and bullying.

Please watch this movie when you get the chance. Besides the story, it really is beautifully animated.

Until next time: Happy viewing.

And if you are going through a hard time…please don’t do anything to hurt yourself. It will get better even if you don’t believe it right now…trust me…People love you. Okay?

For Deaf & Hard of Hearing

Options For Deaf + Hard of Hearing

(My First Girlfriend Is a Gal)

I can’t really remembered what prompted me to watch this show. I am, in general, not a big consumer of the “ecchi” humor styles of shows (despite the Monotogari series being on of my favorites), but I watched nonetheless. Usually a friend of mine watches these more often and I think I figured: “What the hell, I’ll see if I like it and tell him if I think it’s any good. And I came away liking it more than I thought I would, which surprised me.

“Gal” (Gyaru)seems to be a Japanese pop culture term that reflecting a certain fashion aesthetic. Dark tans, bleached or dyed hair, lots of make up, fancy nails, and non-traditional fashion. The (Gyraru) term seems to have originated out of a 1970s brand of jeans. However, while being a term for a fashion subculture, meanings have a way of changing and being warped depending on the observer. “Gal”, while referring to a general way of dress, has also taken on (at least in this show) to imply that the wearer has looser morals than other girls.

And we come to the show’s premise: A “loser” type of guy ( Junichi) ends up dating a “Gal” (Yukana). Junichi actually asks Yukana out after his friends set him up by putting a note in Yukana’s locker to meet him after school on his behalf. In the thought that Junichi might not remain a virgin if he dates a girl like Yukana, he asks her out. She accepts.

And that’s where the show starts out. It is ecchi…there are boobs…lots of un-naturally chesty high schoolers. 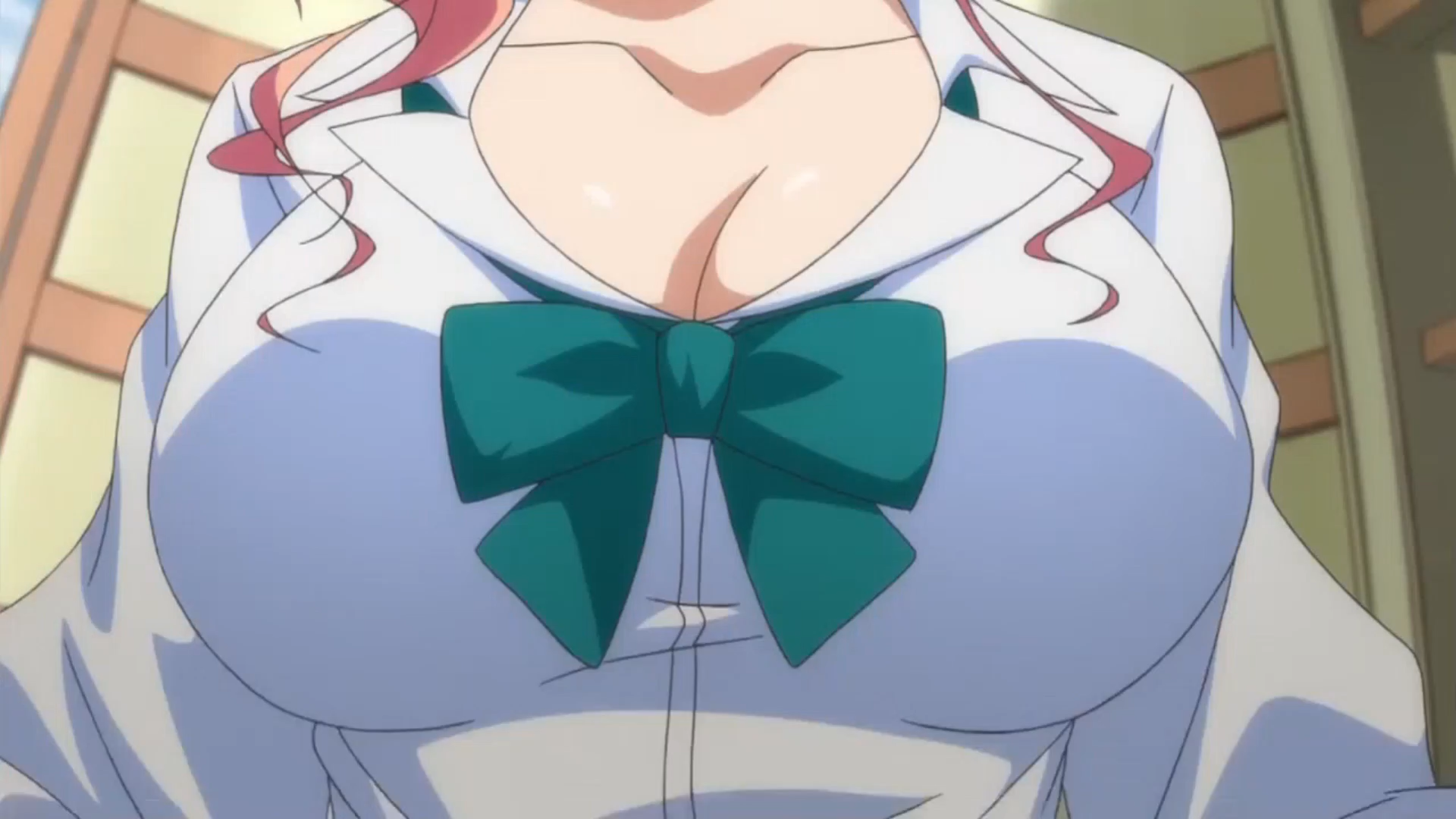 These are definitely on the ridiculous side.

The overall story follows the development of Junichi and Yukana’s relationship. It is going from the surface to something deeper. What Junichi finds, and I am happy that he does, is that Yukana is a person. Someone with greater depth and kindness who is actually a bit conservative with her affections (despite teasing him every so often). Yukana is very self possessed and isn’t going to even kiss someone who isn’t serious about her.

So what we get with this show is somewhat less ecchi comedy, but more of a high school rom-com. There are the ecchi elements that are to be exploited to be sure, but I felt the point of the anime ended up the development of a more mature relationship between the two protagonists.

This does lead to some confusion I guess…What did this show want to be? An ecchi comedy, fan-service-a-thon, a harem, a rom-com? It kind of attempted to be all things and so never became as good as it could have been I suppose.

The big issue I have with this show was oddly not the ecchi fan service….

It was with this fucker.

While Junichi’s friends were kind of annoying, this character was repulsive. He likes little girls…he is very vocal about how he likes little girls…the joke is that he’s a future sex offender. That shit isn’t funny. Normalizing pedophiles is not funny or good. Sure, everyone around him in the show comments that he’s not right, but he’s there to be some bit of comedy. It’s not funny.

Attention Parents: This show is ecchi. Heavy fan service. Lots of skin (although no nudity). There are many sexual jokes. There is also a sex predator. You have been warned: do as you will.

This show wasn’t spectacular, and not my usual style of show to watch, but despite this I still enjoyed it. I liked seeing the development of a real relationship between Junichi and Yukana and seeing Junichi’s vision of Yukana evolve over time. The fan service is just kind of there…the supporting characters are just kind of there…the art is decent. It was the relationship for me. Give it a look.