I had the intention of writing this post a while ago, but go side tracked. Unfortunately I am prompted by tragic events in my hometown to take up writing this today.

Last week a 16 year old boy, who goes to the same school as my son, committed suicide. This individual was an advocate and activist in the local LGBT community and seen as something of a leader in the school’s GSA (Gay-Straight Alliance) group. He wasn’t bullied and came from a loving family. He struggled with depression. And depression is what ultimately caused this young man to take his life.

It saddens me. Had the signs been noticed. Had there been more support. Maybe this wouldn’t have happened. I am thankful where there is support out there in this world for youth. And that brings me back to this post.

The It Gets Better Project.

About the It Gets Better Project

The It Gets Better Project’s mission is to communicate to lesbian, gay, bisexual and transgender youth around the world that it gets better, and to create and inspire the changes needed to make it better for them.

What is the It Gets Better Project?

In September 2010, syndicated columnist and author Dan Savage created a YouTube video with his partner Terry Miller to inspire hope for young people facing harassment. In response to a number of students taking their own lives after being bullied in school, they wanted to create a personal way for supporters everywhere to tell LGBT youth that, yes, it does indeed get better.

That explains what the project is.

I have mentioned this in passing, but would like to remind con goers that American voice actor Greg Ayres also does a “It Gets Better: Con Edition” panel. He has done it at Anime Midwest for the last couple of years and as a parent of an out, gay son: I appreciate this, immensely. 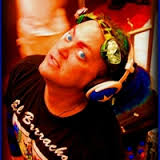 I appreciate it as a parent, as a former mental health worker who worked with teens, and as a fan. Greg opens up the floor to let con attendees talk about their experiences being bullied or cast out. It provides a place for people to feel accepted and supported which is something I feel teens (and even adults) need more of. If you are at a con (or run a con): please support this kind of programming. It is good for the community of fans altogether.

Now to my say:

It does get better. There are people out there who love you and will support you. It won’t always be as dark as it seems right now. I am the dorky, nerdy, parent. I was a dorky, nerdy kid. I wasn’t popular. I was self conscious and felt bad about myself. I hated how I looked. I was intimidated by people who called my names and threatened to beat me up. It got better. I graduated, left school, had friends who cared and accepted me. It got better. I never faced the harassment that LGBT youth do, but I was harassed and I know that it gets better. I never had clinical depression, but know several people who do: and, when treated, it gets better.

Reach out to one another.

Keep positive people in your life.