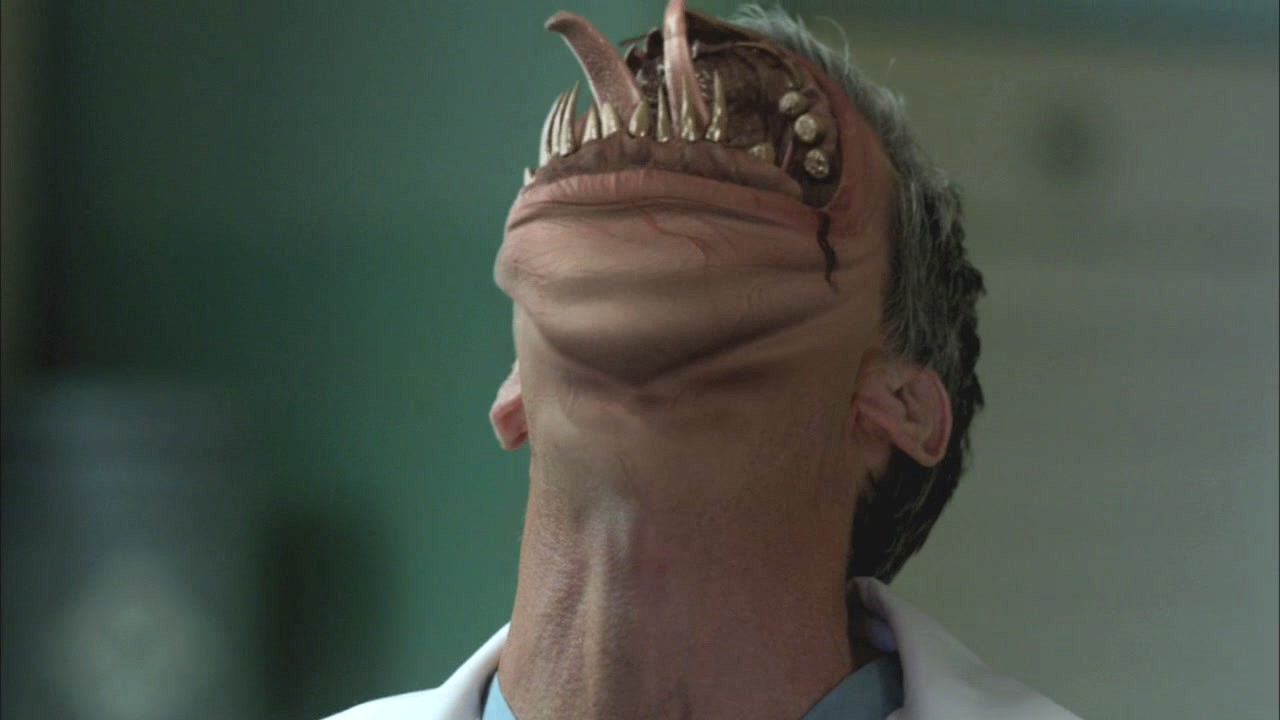 Sometimes when I’m left alone with my own thoughts I go off on tangents that seem unrelated (and bit weird) on the surface, but make sense when given a little thought.

Aside from watching a fair bit of anime I have been slowly going through the Supernatural series. Currently I am somewhere near the end of the second season.

Last weekend I decided to re-watch Puella Magi Madoka Magica: Rebellion for no apparent reason (except that the Madoka series is one my favorite animes).

So, Monday morning, as I watched Supernatural and ate my breakfast, a thought occurred to me. The Leviathans on Supernatural and Kyubey (and the species of Incubators) are remarkably similar.

The thought came to me: They are both perceived as (and can be argued to be) evil. They, however, in both series can argue themselves to simply be pragmatists. Just doing what they need to do to survive.

Leviathans seek to fatten up the human race to use them as cattle for food. Incubators seek to use young teen girls as a power source that result in their death.

Now one may argue that the Leviathans are more evil because they want to eat everyone and that Incubators limit the damage: not so. Kyubey, by the end of the series, is looking forward to Madoka becoming the most powerful witch the world has ever seen, thus creating the largest source of power they’ve ever seen. BUT, her also becoming the most powerful witch also meant everyone on earth would be destroyed.  Kyubey viewed this as inconsequential, collateral damage.

Who is more morally corrupt? Leviathans or Incubators?

You may say: “But Incubators helped humans progress!!” True. Kyubey rationalized that the wishes they gave out helped forward humanity, thus they were being kind and treating humans well by allowing them to progress.

Dick Roman, head Leviathan, also did things to “help” mankind. His agricultural company that he acquired  was tasked with making food additives (corn syrup, etc) safer and more healthy for people. His other companies were also acting to cure cancer and other diseases. Sure, it was also to make humans more tasty, but it was also done with the rationalization to “help” humanity.

Once again: Which is more evil? Still seems like a toss up.

There is also how they look:

Leviathans: Could be really anyone. The head one is Dick Roman. A handsome, well spoken, businessman/ humanitarian.

What about the trope that evil never dies? True. Leviathans are really hard to kill. Borax…decapitation. And Dick Roman they needed a bone, 3 kinds of rare blood: very complicated.

Incubators on the other hand don’t seem to be able to die. This is never made clear. Homura does manage to traumatize the hell out Kyubey by the end of Rebellion though.

A final argument to say Incubators is less evil could be made suggesting that by the end of the original series that they are perfectly happy collecting energy via magical girls hunting wraiths. However, Rebellion nullifies this. The Incubators had trapped Homura before she became a witch and were seeing how they could harness they energy having her trapped in her own labyrinth. They were still basically seeing humans as lesser beings to be used as  a resource, much like Leviathans.

This is what happens when the mind wanders.

*images on this post are not owned by this blog*