It was a weekend of teens, panels, and lines.

Anime Milwaukee 2016 was a fun time for me this year. This convention has grown over the last several years and this year topped over 9000 (yes I know) attendees.

Highlights for us (my younger son and I) this year was the Sgt Frog panel with Brina Palencia and Todd Haberkorn (and later Cherami Leigh). Winning some Blue-rays in a Sentai Filmworks industry panel. A Funimation panel. The dub release and showing of 4 episodes of Monthly Girls Nozaki-kun. And my son finally getting Kerero (Todd Haberkorn) to sign his Kululu cosplay head piece.

The time taken to get Todd’s autograph: 2 1/2 hours. We also did get to meet Lauren Landa (voice of Sayaka in Puella Magi Madoka Magica) which was cool for me, being the Madoka fan that I am.

We also tried, and failed, to get Christopher Sabat’s autograph for my son (Chris voices Giroro on Sgt. Frog). We waited for 2 hours in line on Sunday and the line was cut and we were turned away.

I know this is a risk at conventions while trying to get autographs, and it is why I am personally kind of against it, but my son really wants to get as many Sgt. Frog characters as he can so I indulge that for him.

The Sgt Frog panel was probably the best experience of the convention for us both. The guests were very funny. They really all seem to be fans of Sgt. Frog as a show and I have always heard good impressions for those who worked on it. The bonus was my son raising his hand at the “wrong” time and as a result was being picked on (in a silly way) by Todd. It was hilarious, my son was in heaven and couldn’t stop laughing.

I didn’t get a ton of pictures, but I will share with you some of the many talented cosplayers we came across. 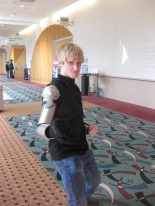 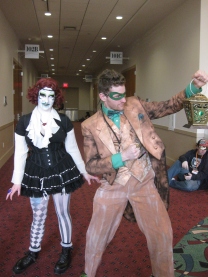 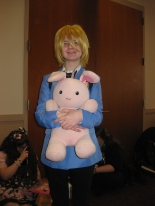 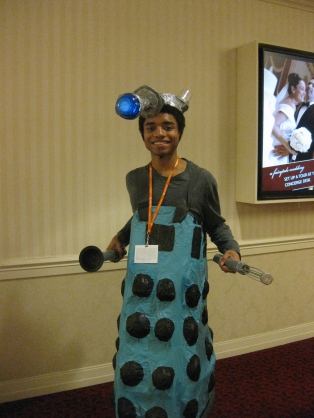