I am odd in how I watch anime…well, really any show for that matter.

Depending on my mood, or state of mind, will often determine whether I watch (or continue to watch) a show.

Judgement and preconceived notions take over about whether I’ll like a show.

However, many times, I have found my initial impression (and subsequent dismissal) of a show to be wrong or unfounded.

Magical Girl Raising Project is a show that initially I had written off outright without even watching it. I assumed from the picture and the brief show description on Crunchyroll that it was just going to be some cutesy show that I’d have no real interest in. So I dismissed it. Until I saw an update on one of the blogs I follow that showed some images and talked about the darker themes and violence in the show. Had I not been someone who blogs (and follows others blogs), I would have passed over this one. I’m now watching (and enjoying) this little dark, and brutal show.

March Comes in Like a Lion did not initially not grab me. I don’t know why. Perhaps it was my mood or mental disposition at the time. I didn’t even realize it was done by Shaft (which is one of my favorite studios) which my boys subsequently made fun of me for. One night,when I was bored, I decided to give it another try. It is now one of my favorites of the season.

Mob Psycho 100 is another of those where upon watching the first episode, it didn’t grab me. I don’t know if it was my mood or my initial reaction to the animation, but I had decided it wasn’t for me. But there was a fair amount of “buzz” around it, so I forced myself to watch some more and ended up loving the show.

And it has been like this for me. Sometimes reserving judgement is the best avenue in approaching anime, shows, or life. Waiting to see how it actually reveals itself over a little time.

2 thoughts on “Reserving Judgement and The Benefits of Blogging” 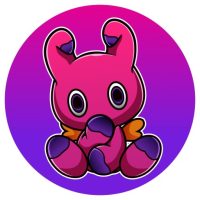