As previously noted in my blog post, Why I Haven’t Got My Older Son a Dakimakura, I had avoided getting him his own sexy, anime, body pillow.

There’s a thing about teens…you can’t leave them to their own devices.

But at Anime Milwaukee I did just that.

I set him loose with his best friend and his cousin and gave him some money while I went to enjoy the convention with his little brother (who is not old enough yet to wander by himself).

I come back to the room for a break and a snack at some later point in the day and what do I find? 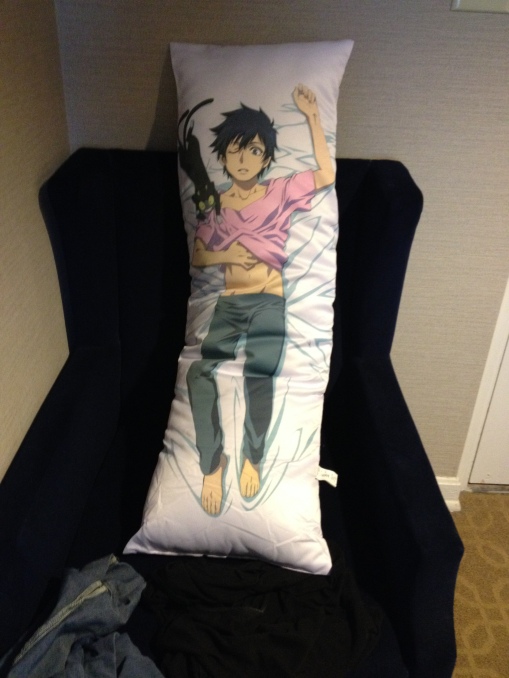 I wasn’t mad, or annoyed, or anything. I was somewhere between amused, slightly disturbed, and wondering what his mother was going to think when I dropped them off after the convention (she thought it was gross).

He was not in the room. His best friend was however. She laughed her butt off and texted him my reaction much to her glee.

So the moral of the story is: Teens are not to be left to their own devices with money, if they are: they might end up with a dakimakura.

Now he wants another one…

3 thoughts on “Well, Crap… My Son Got a Dakimakura”