While it is still ongoing and I’d guess it will go for the 20 episode stretch, I will weigh in with my thoughts on it so far.

It follows the manga really well and that could be it’s undoing. The episodes (and the manga) I feel are inconsistent. The manga often doesn’t really go anywhere at many points and has a fair amount of filler. Sometimes these stories are amusing, sometimes weak.

There is the introduction of new characters which is good and needs to happen.

Paula McCoy a member of the Bee Hive Gang that looks up to Tsugumi.

Often episodes with these introductions are short, or weaker as a whole show, but they are also pretty close reflections of the manga.

There was the candy making episode where Haru and Raku have to get along and find common ground. It is a short episode, there’s not much to it. It does serve it’s purpose, which is to show that the two characters can get along and do share some common ground.

And I am not about to say it’s all bad. The episodes with Chitoge’s mother are some of my favorite bits from the series. 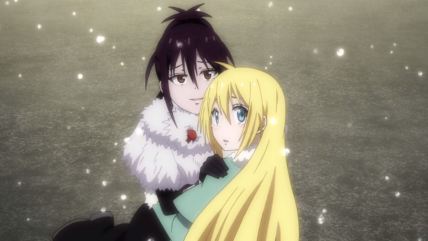 This is my little opinion. Second season: not as good, but it is largely loyal to it’s source material. It is still worth a watch, but be aware it may feel like (and be) filler at times.

We shall see how the rest of the season plays out.

5 thoughts on “My Problem With Nisekoi’s Second Season”